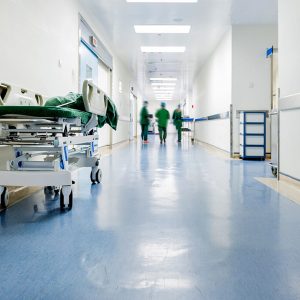 Infectious Disease News Article on the Scope of AMRs

While the Covid-19 pandemic has overshadowed almost any other health-related news for the past two years, the threat of antibiotic-resistant infections has not waned for patients throughout the world. This recent piece provides a summary of the scope of AMRs and how the healthcare industry can work to prevent them:

Antibiotic-resistant infections, on the rise globally, killed more than 1.2 million people in 2019, according to a new estimate published recently in The Lancet. Additionally, researchers estimated that nearly 5 million deaths in 2019 were “associated” with bacterial antimicrobial resistance (AMR).

“Antimicrobial resistance has often been discussed as an abstract, looming threat but that’s a mischaracterization,” Kevin S. Ikuta, MD, an assistant professor of clinical medicine at the David Geffen School of Medicine at UCLA and clinical fellow at the Institute for Health Metrics and Evaluation, told Healio.

“AMR is widespread,” Ikuta said, “and one of the challenges in driving policymakers and health care systems to fund research and take action proportionate to the AMR problem has been the lack of a global burden estimate.”

Ikuta and colleagues used data from systematic literature reviews, hospital systems, surveillance systems and other sources to estimate deaths and disability-adjusted life-years attributable to and associated with bacterial AMR for 23 pathogens and 88 pathogen-drug combinations in 204 countries and territories in 2019.

“To put this in perspective, AMR is responsible for more deaths than HIV/AIDS or malaria. It impacts every age group and region in the world,” Ikuta said. “It’s truly a global problem that requires urgent action from policymakers and the health community to avoid further preventable deaths.”

The researchers also identified the six leading pathogens for deaths associated with resistance Escherichia coli, Staphylococcus aureus, Klebsiella pneumoniae, Streptococcus pneumoniae, Acinetobacter baumannii and Pseudomonas aeruginosa, in that order. Together, they were responsible for 929,000 of the deaths attributable to AMR and 3.57 million deaths associated with AMR in 2019.

“From being an unrecognized and hidden problem, a clearer picture of the burden of AMR is finally emerging. Even the lower end of 911,000 deaths estimated by [the researchers] is higher than the number of deaths from HIV, which attracts close to $50 billion each year,” Ramanan Laxminarayan, PhD, MPH, director and senior fellow at the Center for Disease Dynamics, Economics & Policy in Washington, D.C., wrote in an accompanying commentary. “However, global spending on addressing AMR is probably much lower than that. This needs to change.”

He said spending needs to be directed to preventing infections in the first place, making sure existing antibiotics are used “appropriately and judiciously,” and to bringing new antibiotics to market.

“Health and political leaders at local, national, and international levels need to take seriously the importance of addressing AMR and the challenge of poor access to affordable, effective antibiotics,” Laxminarayan wrote.

Ikuta said the study’s findings are a warning signal that antibiotic resistance is placing pressure on health care systems and leading to “significant health loss.”

“We need to continue to adhere to and support infection prevention and control programs, be thoughtful about our antibiotic use by supporting stewardship programs, and advocate for increased funding to vaccine discovery and the antibiotic development pipeline,” Ikuta said.

Learn More About How UVC Can Help Fight AMRs

As noted by Dr. Ikuta, infection prevention and control efforts should be central to the fight against AMRs. Hospitals can work to prevent infections throughout procedure and treatment rooms by using the most effective disinfection tools available, including UVC. Read more about how UVC can help your facility effectively disinfect, kill harmful pathogens, and lessen the risk of antibiotic-resistant infections. If you’re ready to implement best-in-class solutions like RD-UVC or RD-Fx, contact us now and our team will help you every step of the way.

Get The Latest Updates